You are here: Home / Archives for Artificial Disc Replacement 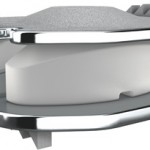 “We are very pleased that the FDA, after an intensive review of our submissions, has determined that Mobi-C is safe and effective for both one and two-level indications in the United States, and superior to fusion for two-level cervical disc replacement, based on the results of our prospective, concurrently controlled and randomized, multi-center clinical trials,” said Christophe Lavigne, president and CEO of LDR.   “We are proud that LDR is first to offer an on-label, arthroplasty solution for the significant number of patients suffering from two-level cervical disc disease.  It is very gratifying to know that spine surgeons can now offer this new, evidence-based treatment option to their two-level surgical candidates.”

Mobi-C is a cobalt chromium alloy and polyethylene, mobile-bearing prosthesis specifically designed as a bone-sparing, cervical intervertebral disc replacement for both one and two-level indications.  In addition to the unique mobile-bearing feature, Mobi-C offers a simplified surgical technique as compared to other, commercially available devices, all of which are approved for one-level use only.