You are here: Home / Archives for Medical Marijuana 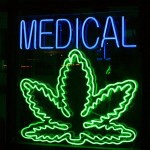 Medical marijuana is legal in 20 states and the District of Columbia, with pending legislation to legalize the drug for medical purposes in 4 others.[1] Although still illegal in 30 states, millions of patients are undoubtably using marijuana for medicinal purposes in these jurisdictions.

Much has been written about politics trumping science with respect to rescheduling marijuana from a Schedule I drug,[2-5] as its medical benefits become progressively more accepted by the mainstream medical community as well as the general public.[6] The Veterans Administration, which is becoming a leader in pain care in the United States, has even approved of its physicians authorizing medical marijuana in states in which it is legal.