You are here: Home / Archives for Minimally Invasive Surgery

Obesity is associated with increased operating times and higher complication rates in many types of surgery. Its impact on robotic thyroidectomy however, is not well documented. The aim of this study was to investigate the relationship between body mass index (BMI) and robotic transaxillary thyroidectomy (RTAT). A retrospective review of prospectively collected data of all patients who underwent RTAT at Yonsei University Health System from October 2007 to December 2014 was performed. Patients were divided into three groups based on BMI (Group 1: BMI < 25, Group 2: BMI 25–29.99, Group 3: BMI ≥ 30), and compared. A total of 3697 patients were analyzed. No differences between the three groups were observed in clinicopathological factors, extent of surgery or length of stay. After multivariate analysis, only seroma and transient voice hoarseness were related to increasing BMI. Total operative time was significantly longer for Group 3 patients with less-than-bilateral total thyroidectomy (BTT), but was not significantly different for patients with BTT. Although obese patients undergoing RTAT have a slightly higher risk of seroma, transient voice hoarseness, and longer operative times, BMI did not influence the other important surgical outcomes of thyroidectomy. Therefore, obesity should not be a contraindication for performing RTAT.…  END_OF_DOCUMENT_TOKEN_TO_BE_REPLACED 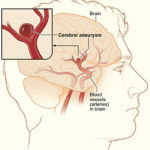 Three years ago, Cornelius Brown, 58, was recovering from a major brain surgery in which the muscle in her jaw was cut and a portion of her skull was removed, so a surgeon could go in and prevent an aneurysm in her brain from rupturing.

On Monday, Brown underwent a different procedure to prevent a second aneurysm from causing harm. But instead of an incision across her head, she has a tiny incision on her groin.

Brown was the first patient in the country to receive a new FDA-approved alternative surgical procedure.

Brown first discovered she had aneurysms when she started getting headaches in 2009.

Her primary care physician recommended she go see Dr. Adam Arthur at Semmes-Murphey where a scan of her brain revealed she had an aneurysm about the size of a pen hole on each side of her brain.…  END_OF_DOCUMENT_TOKEN_TO_BE_REPLACED