The Michigan Brain and Spine Surgery Center is the first and only practice in Michigan offering the transforaminal endoscopic approach for discetomy and foraminotomy. This minimally invasive technique is an excellent option for patients with disc herniations and/or spinal stenosis. 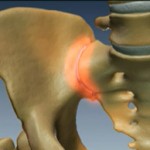 You are here: Home / Archives for Migraine 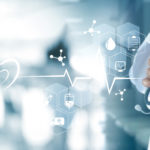 Neuromodulation Devices in Migraine: The Latest

Migraine is a neurobiological disease characterized by episodic disabling attacks of moderate to severe head pain, associated with nausea and/or vomiting and light or sound sensitivity; it affects up to 12% of the US population. Untreated, attacks reduce an individual’s ability to function, creating a significant impact on work and family activities. Treatment to abate attacks is required by most patients, though studies show that only a portion of patients take medications to treat migraine attacks]. Up to 40% of people with migraine would benefit from additional treatment to reduce the frequency of migraine—ie, a preventive—but studies show that only 13% of people in the United States use migraine prevention measures. Treatment options for migraine vary from over-the-counter medications to prescription treatments. Prescription medications are often stopped due to lack of tolerance and poor efficacy as stated by patients.…  END_OF_DOCUMENT_TOKEN_TO_BE_REPLACED

A headband delivering electrical nerve stimulation can prevent onset of migraine headaches and can be marketed for that purpose in the U.S., the FDA said Tuesday.

Called Cefaly, the Belgian-made device is the first to win FDA approval for migraine prevention and is also the first transcutaneous electrical nerve stimulation (TENS) system OK’d for any type of pain prevention, as opposed to acute treatment, the agency said.

The device is battery-powered and worn around the head, with the actual TENS stimulator centered on the forehead just above the eyes. It delivers a small, steady current to trigeminal nerve branches. Patients will be instructed to use the device once daily for a maximum of 20 minutes. It is approved for adults only.

Migraine was linked to structural brain changes, particularly in the presence of aura, a meta-analysis showed.

White matter brain lesions appeared 68% more often in migraineurs with aura than in those without migraine; a trend for 34% elevated risk of white matter in migraine patients without aura didn’t reach significance, Messoud Ashina, MD, PhD, of the Danish Headache Center at Glostrup Hospital in Copenhagen, and colleagues found.

Positron emission tomography of patients experiencing the premonitory phase of migraine, prior to the headache setting in, shows activation in several areas of the brain, indicating that migraine is a brain disorder and not a response to pain stimuli.

The results are significant in terms of understanding the neurobiology of migraine and could have future implications for drug treatment, said study author Peter James Goadsby, MD, PhD, professor, neurology, and director, Headache Program, University of California at San Francisco, and president, International Headache Society. 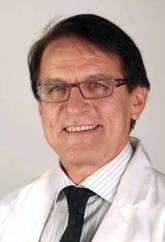 The prophylactic effect – a reduction in cluster attack frequency, but in most cases without acute pain relief – came as a surprise to investigators in the prospective, controlled, multinational Pathway CH-1 study, Dr. Jean Schoenen admitted at the European Headache and Migraine Trust International Congress.

“This was the largest, most rigorous study to date of an implantable medical device for headache treatment. The study was not designed to look at attack frequency; it was designed to look at acute response. Yet, we have this preventive effect that I think now has to be confirmed in another well-designed trial,” said Dr. Schoenen, coordinator of the headache research unit at the University of Liege (Belgium).…  END_OF_DOCUMENT_TOKEN_TO_BE_REPLACED

The pathogenesis of migraine is still, today, a hotly debated issue. Recent biochemical studies report the occurrence in migraine of metabolic abnormalities in the synthesis of neurotransmitters and neuromodulators. These include a metabolic shift directing tyrosine metabolism toward the decarboxylation pathway, therein resulting in an unphysiological production of noradrenaline and dopamine along with increased synthesis of traces amines such as tyramine, octopamine, and synephrine. This biochemical alteration is possibly favored by impaired mitochondrial function and high levels of glutamate in the central nervous system (CNS) of migraine patients.

The unbalanced levels of the neurotransmitters (dopamine and noradrenaline) and neuromodulators (eg, tyramine, octopamine, and synephrine) in the synaptic dopaminergic and noradrenergic clefts of the pain matrix pathways may activate, downstream, the trigeminal system that releases calcitonin gene-related peptide. This induces the formation of an inflammatory soup, the sensitization of first trigeminal neuron, and the migraine attack. In view of this, we propose that migraine attacks derive from a top-down dysfunctional process that initiates in the frontal lobe in a hyperexcitable and hypoenergetic brain, thereafter progressing downstream resulting in abnormally activated nuclei of the pain matrix.…  END_OF_DOCUMENT_TOKEN_TO_BE_REPLACED

In a meta-analysis, benefits were modest. Botulinum toxin A is approved for prophylactic treatment of chronic migraine (≥15 headaches per month). The recommended regimen — 31 injections at specified sites in head and neck muscles — may be repeated at 12-week intervals. In a meta-analysis, researchers examined the effectiveness of botulinum toxin A prophylaxis for headaches.…  END_OF_DOCUMENT_TOKEN_TO_BE_REPLACED

April 24, 2012 (New Orleans, Louisiana) — New guidelines for the prevention of episodic migraine, co-developed by the American Academy of Neurology (AAN) and the American Headache Society (AHA), upgrade the level of evidence supporting the use of some drugs but downgrade others.

Major changes include a new Level A endorsement for topiramate, but gabapentin and verapamil and other calcium-channel blockers are now considered Level U, or without sufficient evidence for or against their usefulness.

“The guidelines tell us about the evidence,” Stephen D. Silberstein, MD, from the Jefferson Headache Center at Thomas Jefferson University in Philadelphia, Pennsylvania, lead author of the guidelines, told Medscape Medical News. “If there’s a drug out there that’s never been tested in migraine, that doesn’t mean it doesn’t work. The example is topiramate, which in the first guideline we didn’t have good evidence for.”…  END_OF_DOCUMENT_TOKEN_TO_BE_REPLACED

Objective.— To provide evidence for the reliability and validity of the Migraine-Specific Quality of Life Questionnaire Version 2.1 (MSQ) for use in chronic migraine (CM) in adults.
Background.— MSQ is one of the most frequently utilized disease-specific tools assessing impact of migraine on health-related quality of life (HRQL). However, evidence for its reliability and validity are based on studies in episodic migraine (EM) populations. Additional studies assessing the reliability and validity of the MSQ in patients with CM are needed.
Methods.— Cross-sectional data were collected via web-based survey in 9 countries/regions. Participants were classified as having CM (≥15 headache days/month)…  END_OF_DOCUMENT_TOKEN_TO_BE_REPLACED

Migraine is a chronic neurologic disorder with heterogeneous characteristics resulting in a range of symptom profiles, burden, and disability. Migraine affects nearly 12% of the adult population in occidental countries, imposing considerable economic and social losses. The pharmacologic treatment of migraine includes preventive and acute strategies. A better understanding of the migraine pathophysiology along with the discovery of novel molecular targets has lead to a growing number of upcoming therapeutic proposals. This review focuses on new and emerging agents for the treatment of migraine.…  END_OF_DOCUMENT_TOKEN_TO_BE_REPLACED

What Patients Are Saying

“Dr. Zamorano has completely changed my life. Over the years, I have been to many doctors. Since my auto accident, I have been treated by Dr. Zamorano and undergone two surgeries. I owe her all credit for my recovery.”
Vera Jackson, Detroit, MI
“Dr. Zamorano treats me like I am part of the family. I have suffered from a brain tumor for years. Dr. Zamorano performed life saving surgery to keep my tumor from growing. My quality of life has increased and I owe her everything!”
Marjorie Earls, Sterling Heights, MI
“I had brain surgery from Dr. Zamorano, I wanted to thank her for being the only surgeon that had the skills needed for the surgery I had. Thanks Dr. Zamorano for all you’ve done for me, thank you to all the staff, friendly, professional and kind!”
Darry Beeman, Detroit MI
Dr. Zamorano takes the time to listen to my concerns regarding my recovery. I feel that she is focused on my complete care. I feel better on a daily basis and I see the end of treatment in sight. Thank you!”
Bryant Parker, Detroit, MI
View More Testimonials

Ted Lindsay Foundation Courage Awards September 10, 2022 - The Courage Awards annually recognize a person and their family who has been diagnosed with an Autism Spectrum Disorder and demonstrates great character and perseverance in living with the challenges of this disorder. There will be two awards presented. One will recognize an individual, sponsored by Susan V. Swider and Oakland MRI. The other will…  END_OF_DOCUMENT_TOKEN_TO_BE_REPLACED
Normal Weight, Overweight and Obesity Are a Key Prognostic Factor In The Surgical Outcomes July 16, 2019 - Impact of body mass index on robotic transaxillary thyroidectomy Obesity is associated with increased operating times and higher complication rates in many types of surgery. Its impact on robotic thyroidectomy however, is not well documented. The aim of this study was to investigate the relationship between body mass index (BMI) and robotic transaxillary thyroidectomy (RTAT).…  END_OF_DOCUMENT_TOKEN_TO_BE_REPLACED

We are a member of American Association of Neurological Surgeons, the Better Business Bureau and other prominent organizations.