You are here: Home / Archives for Alzheimer 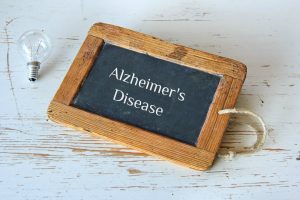 New research has found concussions accelerate Alzheimer’s disease–related brain atrophy and cognitive decline in people who are at genetic risk for the condition. The findings, which appeared in the journal Brain, show promise for detecting the influence of concussion on neurodegeneration.

Moderate–to–severe traumatic brain injury is one of the strongest environmental risk factors for developing neurodegenerative diseases such as late–onset Alzheimer’s disease, although it is unclear whether mild traumatic brain injury or concussion also increases this risk.…  END_OF_DOCUMENT_TOKEN_TO_BE_REPLACED

Alzheimer’s disease (AD) could be the next frontier for deep brain stimulation (DBS) therapy.

A small phase 1 pilot study showed that some patients with AD who received constant stimulation to the fornix — the principle outflow tract from the hippocampus — had increased hippocampal volume after 1 year.

There was also some evidence that this increased hippocampal volume correlated with cognitive benefit. 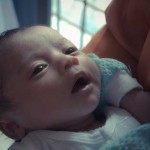 MRI scans carried out in 60 normally developing children, age 2 to 25 months, who carried the APOE epsilon-4 allele, showed smaller volumes of gray matter and and lower white matter myelin water fraction (MWF) compared with 102 children in the same age range whose APOE genes only include the epsilon-2 and/or epsilon-3 alleles, according to Sean C. L. Deoni, PhD, of Brown University in Providence, R.I., and colleagues.

“While our findings should be considered preliminary, this study demonstrates some of the earliest brain changes associated with the major genetic risk factor for late-onset Alzheimer’s disease,” the researchers wrote online in JAMA Neurology. 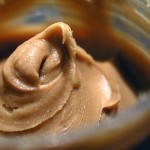 “Could a scoop of peanut butter and a ruler become that elusive test?”

If you treat the elderly, or any member of the growing number of families devastated by Alzheimer’s disease, you may be asked some version of that question, as posed by CBS News, in the coming weeks. You can thank media coverage of a study in the Oct. 15 issue of the Journal of Neurological Sciences titled “A Brief Olfactory Test for Alzheimer’s Disease.”

Here’s that brief olfactory test, as the CBS headline suggests: “A container of 14 g of peanut butter was opened, held medially at the bottom of a 30 cm ruler, and moved up 1 cm at a time during the participants’ exhale. Upon odor detection, the distance between the subject’s nostril and container was measured.”

More and more research has raised concern over the dangers of concussions – one of the most common forms of head trauma – as many sufferers go on to experience persistent neurological symptoms throughout their lives.

Now, scientists have discovered a clue as to why mild traumatic brain injuries (MTBI) can have such long-lasting health consequences.

In a study published in the journal Radiology, researchers found that white matter damage in the brains of people who had experienced concussions closely resembled the type of white matter damage found in patients with Alzheimer’s disease.  These findings suggest that concussions set off a chain of neurological events that can cause long-term damage to the brain.

“It’s not the hitting your head that’s the problem.  It’s everything else that happens after that,” said lead study author Dr. Saeed Fakhran, assistant professor of radiology in the Division of Neuroradiology at the University of Pittsburgh School of Medicine. 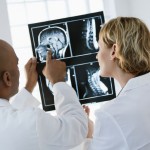 Three-fourths of patients with Alzheimer’s disease or frontal-lobe degeneration had MRI-detected biomarker levels that correlated with the diagnoses, suggesting MRI has potential as a screening tool for the conditions, investigators reported.

MRI-predicted values for total tau and β-amyloid ratio (tt/Aβ) in gray matter correctly pinpointed the diagnosis in 75% of patients with genetically or neuropathologically confirmed diagnoses, according to Corey McMillan, PhD, of the University of Pennsylvania in Philadelphia, and colleagues. Predicted values also had good correlation with actual tt/Aβ measured in cerebrospinal fluid (CSF), they said.

The findings are consistent with previous in vivo and autopsy studies of CSF tt/Aβ, the group reported in the Jan. 8 issue of Neurology. 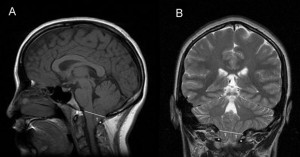 In the next several decades the number of Alzheimer’s patients will continue to dramatically increase. Various teams of researchers worldwide are feverishly investigating precisely how the illness develops.
Inflammation as a New Therapeutic Approach For Alzheimer’s Disease

A team of scientists under the guidance of the University of Bonn and University of Massachusetts (USA) and with the participation of the German Center for Neurodegenerative Diseases have discovered a new signaling pathway in mice which is involved in the development of chronic inflammation which causes nerve cells in the brain to malfunction and die off. The results are now being published in the renowned scientific journal “Nature”.

A second phase 3 trial investigating bapineuzumab IV in patients with mild to moderate Alzheimer’s disease (AD) has been stopped, essentially spelling the end of the program to investigate this agent in patients with this type of dementia.

The 18-month, randomized, double-blind, multicenter studies were examining the efficacy and safety of bapineuzumab, a monoclonal antibody that targets beta-amyloid (Aß), in patients who carry the apolipoprotein E epsilon 4 (ApoE4) genotype and in those who do not.…  END_OF_DOCUMENT_TOKEN_TO_BE_REPLACED

High levels of a family of lipids called ceramides in the blood may be predictive of developing Alzheimer’s disease, a new study suggests.

Women with the highest levels of ceramides had a 10-fold higher risk of developing Alzheimer’s compared with those with the lowest levels, said Michelle M. Mielke, PhD, from the Mayo Clinic, Rochester, Minnesota.

“The study is small — that’s a limitation, and it was a preliminary study. However, given the small sample size, to have hazard ratios that are near 10 was quite striking and we didn’t expect to see that at all,” Dr. Mielke told Medscape Medical News.…  END_OF_DOCUMENT_TOKEN_TO_BE_REPLACED

Pfizer Inc has announced topline results of a phase 3 trial of bapineuzumab showing treatment failed to meet the co-primary endpoint of change in cognitive or functional performance versus placebo in patients with mild to moderate Alzheimer’s disease (AD) who are positive for the apolipoprotein E4 (ApoE4) risk allele.