You are here: Home / Archives for Cognition 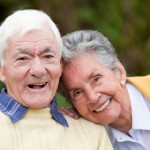 VANCOUVER—The quality and quantity of sleep may be associated with the risk for cognitive decline, according to four studies presented at the 2012 Alzheimer’s Association International Conference. Treatments for insomnia or circadian rhythm delay might reduce or prevent cognitive decline, investigators reported.